Martinez is one of the most highly-rated strikers in Europe, having impressed since moving to the Serie A side from Racing Club.

The 25-year-old has scored 78 and assisted 26 goals in his 194 appearances in all competitions, including one against Barcelona in his side’s dramatic 3-3 draw in the Champions League in mid-week.

Both Man United and PSG have enquired about Martinez’s situation at Inter at the moment, but El Torro – a nickname he earned for his relentlessness – is only focused on the Nerazzurri, according to La Gazzetta dello Sport.

This might concern the Red Devils as they will not want to be sucked in to a similar situation as what the had to deal with during their frustrating attempts to sign Frenkie de Jong in the summer. 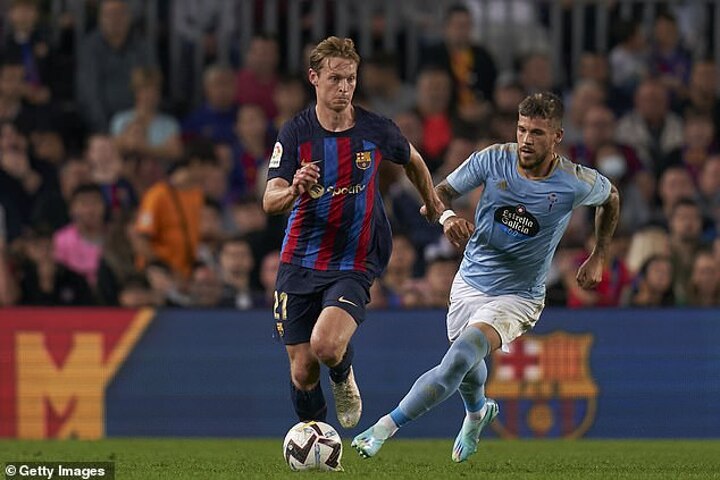 Erik ten Hag’s side made multiple bids for the Netherlands midfielder but could not agree on a deal with Barcelona, as he remained at the LaLiga club.

The report has suggested that the Argentine international’s agent – Alejandro Camano – was called by clubs to make ‘exploratory approaches’.

Martinez is hopeful of representing his country at the Qatar World Cup in November alongside stars such as PSG’s Lionel Messi, Juventus’ Angel Di Maria and Manchester City’s Julien Alvarez.

The Red Devils will be tracking the striker’s progress and the situation at the San Siro as he could provide strong competition to current forwards Marcus Rashford, Jadon Sancho, Antony, Cristiano Ronaldo and Anthony Martial.

However, PSG are believed to be looking at Martinez as a potential replacement for Kylian Mbappe.

The French forward is reportedly looking to leave the Ligue 1 side, and as the Inter striker is close friends with Messi, he could be a useful addition in convincing the former Barcelona star to stay at the club beyond his current contract.