Italian side Udinese are interested in signing Arsenal’s Hector Bellerin with the Spaniard pushing for an exit from north London this summer.

The 27-year-old full-back has found himself fallen out of favour at the Emirates Stadium since Mikel Arteta’s appointment, having spent last season on loan with LaLiga outfit Real Betis.

With the Spanish academy product wanting first-team football next season, Udinese are monitoring the full-back’s situation. Bellerin has fallen out of favour in north London, with Cedric Soares and Takehiro Tomiyasu being preferred options at right-back, resulting in a loan move to Spain last year.

The full-back enjoyed an impressive spell with Betis in LaLiga, helping Manuel Pellegrini’s side to win the Copa del Rey and contributing five assists in 32 games.

A return to Los Verdiblancos seems unlikely due to the club’s financial struggles, but the Spaniard had been linked with a potential move to Barcelona.

The Catalan side identified Bellerin as a transfer option after their preferred target, Cesar Azpilicueta, signed a new deal at Chelsea – but there are yet to be any significant developments. 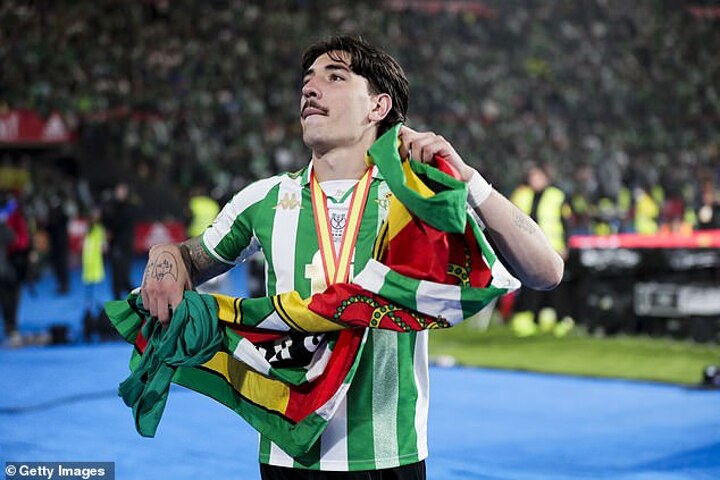 The Spain international is currently Arsenal’s longest serving player, having joined the club’s academy from the Blaugrana back in 2011.

After impressing then-manager Arsene Wenger, Bellerin enjoyed a loan spell at Watford in the Championship during the 2013-14 season, before returning to establish himself at the Emirates.

The Spaniard would go on to become a key fixture for Arsenal throughout the remainder of the last decade, making over 180 Premier League appearances, and winning three FA Cups in north London.