Manchester City do not want to sell Bernardo Silva and are not expecting other clubs to bid for the midfielder.

This is despite interest from Barcelona and now, reportedly, Paris Saint-Germain.

A report in The Times on Thursday claimed PSG are lining up an offer of almost £60m for the 28-year-old.

Any proposal would have to be much higher, however, to get City to listen to it seriously.

Until now, neither Silva nor his representatives have told the club he wants out of the Etihad this summer. 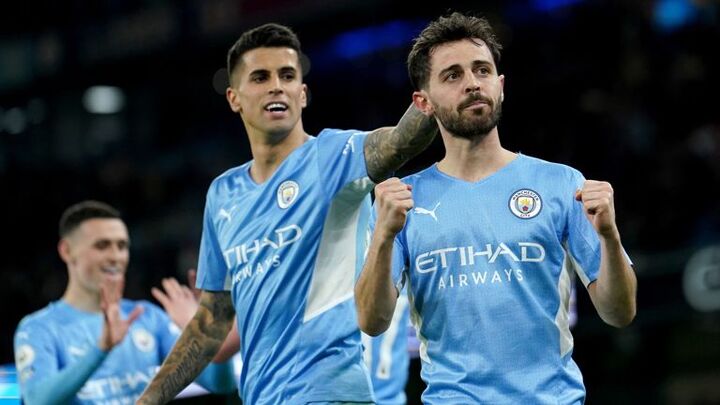 City would also need to identify and sign a replacement, with less than two weeks remaining of the transfer window.

The Portugal international has started on the bench in both of Pep Guardiola’s team’s opening victories of the Premier League season so far.

Guardiola said earlier in the summer that he wants Silva to stay but would not stand in the player’s way if he had other ideas.

“What happens will happen,” he said. “And, if he stays, it is perfect.

“In the end, if he has to leave, it is because football is like this; the player has a desire. I will not be a person to stop someone’s desire.

“When you are a player, it is so short; you don’t realise and it’s nearly over.

“The player will have to talk to the club and I have never ever been involved in that.”

Meanwhile, City are unlikely to pursue another left-back before the deadline after signing Sergio Gomez from Anderlecht.

Guardiola said last week that he expects the Spaniard to be their final addition of the summer window.

Guardiola summed up his appreciation for Silva late last year: “He is the best. He has a special ability to do whatever he wants with the ball.”

The Portuguese was enjoying a purple patch in front of goal at the time, but the 27-year-old offers so much more than attacking abilities – but let’s start there. 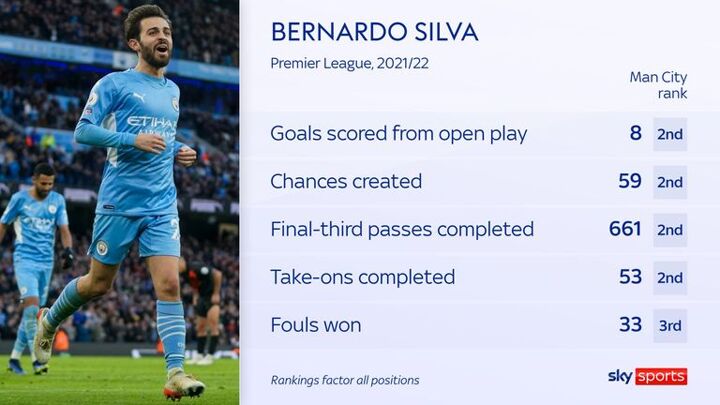 His shot map below reveals an ability to find space and finish from prime locations just outside the six-yard box, in addition to finding the back of the net from acute angles.

Meanwhile, his chances-created map epitomises the variety of his passing range and positional versatility. 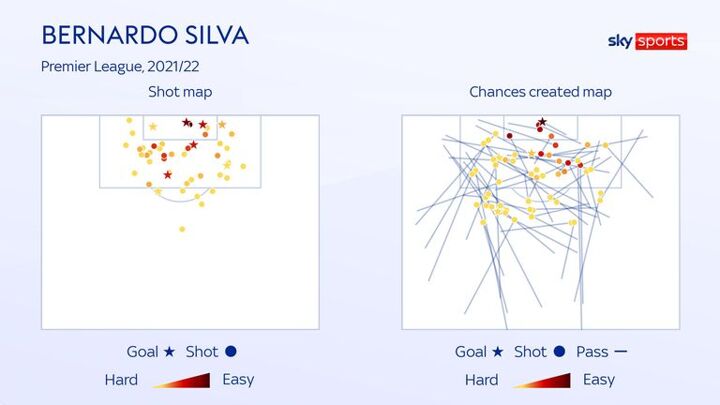 Silva patrols the entire attacking third, whether deployed down the left or right, but it is his defensive action zone below that underlines defensive contributions, sheer coverage on the pitch and work rate.

The midfielder ran further than any other player at the club last term, clocking 381km over the league campaign – equating to nine marathons. 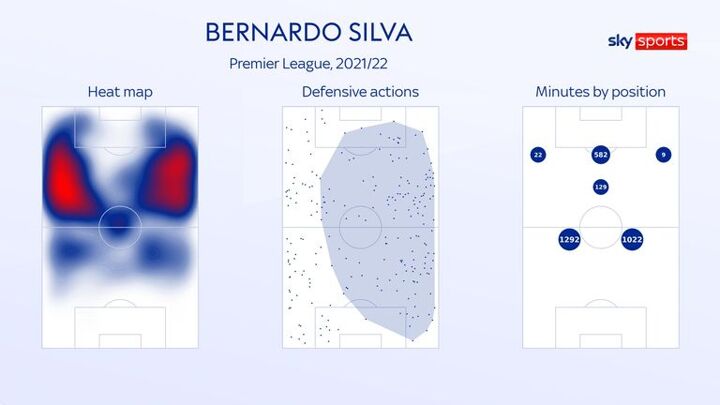 In fact, only six players in the entire division ran further, and it is worth noting Guardiola rotates players more than most managers.

Factoring all positions, Silva also ranked third at the club across a raft of defensive metrics: tackles, winning duels and reclaiming possession in the middle third. In short, Silva excels in every aspect of the game. 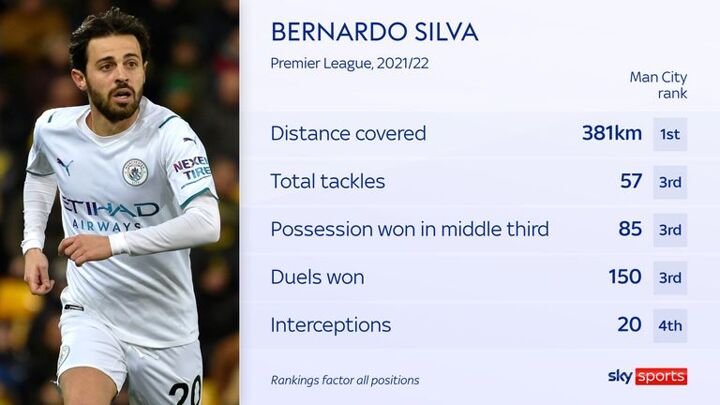 Who will be on the move this summer before the transfer window closes at 11pm on September 1?

Keep up-to-date with all the latest transfer news and rumours in our dedicated Transfer Centre blog on Sky Sports’ digital platforms. You can also catch up with the ins, outs and analysis on Sky Sports News.